Anna Sfardini has a PhD in History of Media Representation and Consumption from the Catholic University of Milan and teaches Languages of Advertising at the University of Milan. For several years she has carried out theoretical and empirical research on media fruition processes in the digitalization and convergence scenario. She is the author of MultiTv (Carocci, Rome 2008, with Massimo Scaglioni), Reality TV (Unicopli, Milan 2009) and Pop Politics (il Mulino, Bologna 2009, with Gianpietro Mazzoleni). She is also editorial secretary of the magazine ComPol (il Mulino, Bologna). The interview with her was conducted by Piera Francesca Mastantuono, who together with Sabika Shah Povia also created the Fact Sheet on Media and Migration in Italy for the New Neighbours project. 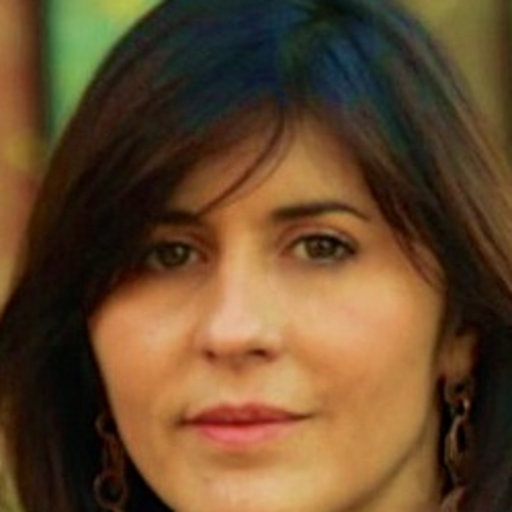 The Research Center on Television and Audiovisuals (Ce.R.T.A.) has existed since 2008, the year in which the Charter of Rome deontological code was drafted. According to your experience, did the media narrative of migration change during this decade – in particular, with respect to changes in the Italian and international television and media scenarios, in the dimensions of technological, economic-institutional, aesthetic-linguistic and cultural convergence?

In these 10 years, there have been big changes with respect to various dimensions, starting, of course, with those of the social reality of the migration phenomenon and the response of the political system. Its media narrative has found a new territory of resonance and visibility on the Web, which is, however, due to the DNA of the Internet, increasingly polarized and divisive. The newspapers have perhaps paid more attention to the arguments, but have generally maintained the powerful role of defining the reading and interpretation framing of the “migrant” theme. The television has instead, in my opinion, taken a step back: it is the medium who is less committed to renewing expressive codes and innovative narrative formulas, working perhaps more by subtraction than by increasing opportunities of representation. Journalistic shows remain the reference point, in television, with respect to the “migration” theme: talk show political arenas, some reportages / documentary, obviously the newscasts.

What are the most relevant aspects of the media representation of migrants and refugees in Italy?

The Italian media representation of migrants is focused on some political issues that media storytelling treats with some “privileged” frames: security (how many are they, invasion, city degradation), work (in which jobs they are employed, legality and illegality weighted against the economic benefit), vulnerability and shock (tragedies in the sea, innocent deaths, children).

How are migrants and refugees stories narrated? What is the tone of the narrative of the past years?

Despite attempts to humanize the migrant, the narrative that prevails is one of an opaque image of man (and, even less of woman), with the individual and collective stories he takes with him. Moreover, due to a lack of television creativity and activity on the subject (for example, in Italian fiction the story of local specificities dominates other themes, with a predominance of mafia themes or other pieces of Italian history; there is basically nothing on the theme of migration, except for marginal mentions into police fiction). The story of the clashes and the hate speech aggressively breaks into social media, and very little remains and circulates about online initiatives aimed at bringing forward themes of reception and integration or spreading “anti-rhetorical” narratives modelled after fact checking.

What are the most interesting and relevant aspects of the Italian media coverage with respect to immigration, asylum, integration and diversity? What is the most important topic? What are the issues that you consider not sufficiently addressed?

The topic of migration is currently influenced by the change of government and by the laws currently in force, however poorly managed and poorly communicated, with the connected risk of strengthening the anti-migration position. The aforementioned theme prevails in the media coverage together with the one of the NGOs, still read through the lens of its legality. Only the tragedies in the sea succeed, even though for a limited time, in shifting the focus back to the human dimension of migration: the story of migration, however, remains focused on the “present” of the news, excluded from the possibility of acquiring a “memory memory” capital. The media denial is very active in this sense.

What is the role of social media in television communication about refugees and migrants?

The social networks enter the talk show and in-depth programs debate as an expression of the true perception of the Italians, enhanced therefore by a representative role. The divisive nature of social media, dichotomous ideas that are opposed, or worse, extreme visions of the migratory “danger” find in the television medium a sounding board, without the television proposing alternative institutional visions or rhetoric. More explicit positions in favour of the reception by television faces would be worth more than the posts launched on social media (media space, however, less institutional at the time of TV).

How has television-derived “pop culture” influenced the Italian public with respect to migration issues?

A prime example of this is “Striscia la Notizia”, which in a very recent episode, on October 7, 2019, broadcasts a report on very rich Romas with Mercedes: it is therefore the traditional “information / political” dimension intertwined in entertainment. In particular, the light language dimension to talk about “heavy” issues has affected the web where audio-visual products (webseries) circulate, with an ironic tone, to mock and deny the most common stereotypes of the Italian common sense about immigrants.

Women, migrants and television representation: how is the gender issue represented on TV with respect to migration?

Sore subject: female representation remains a problem, with foreign women basically absent from the television, limited to marginal roles in fiction (domestic) and represented by exotic beauties (Argentine, Brazilian, etc.). Not even the #METOO sauce seems to have noticed the female migratory history.

If and how has television communication changed following the intersection with the intercultural dimension?

Intercultural communication, a recent discipline, has yet to take many steps in the field of representing the cultural difference: there are many epic fail cases, an important sign of a certain naivety or excessive Western ethnocentrism that led communication professionals to make mistakes. A trending theme is the diversity, in its various forms, and this can help improve the management of its communication (although tied to the traditional idea of “a minority to protect”). The interface between formal networks (TV, advertising, cinema, big corporations, etc.) and informal networks (consumer associations, public, users) represents a possible tool to spread ideas and positions initially not considered by the mainstream “corrupting” it to take care of them. Unfortunately, with respect to the subject of migration, this sensitivity still seems far from being a trend.