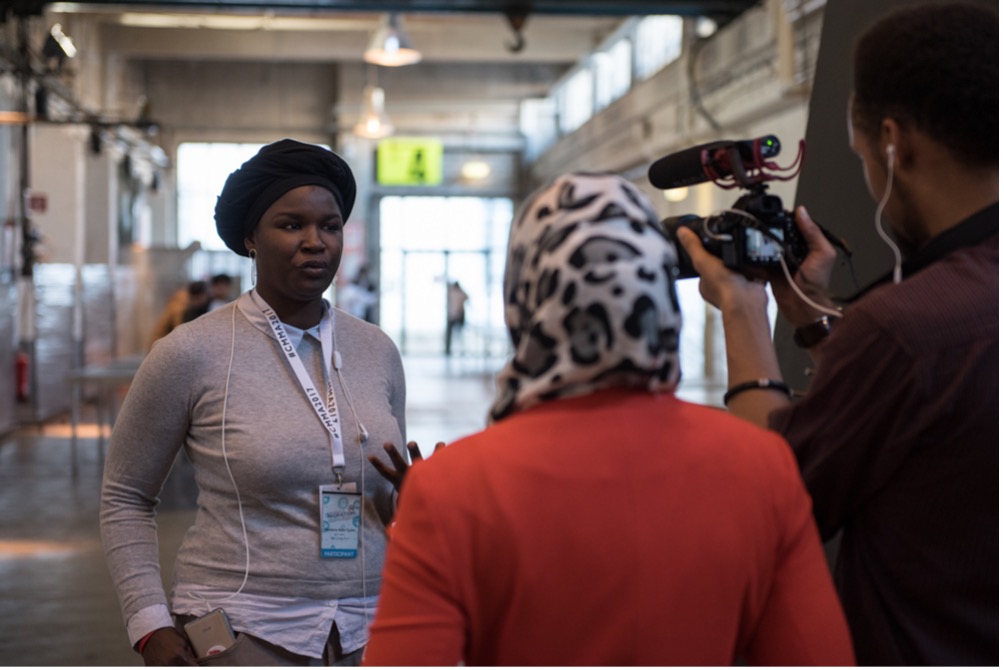 New Neighbours on OUR VOICE on Radio Dreyeckland (Freiburg, Germany) 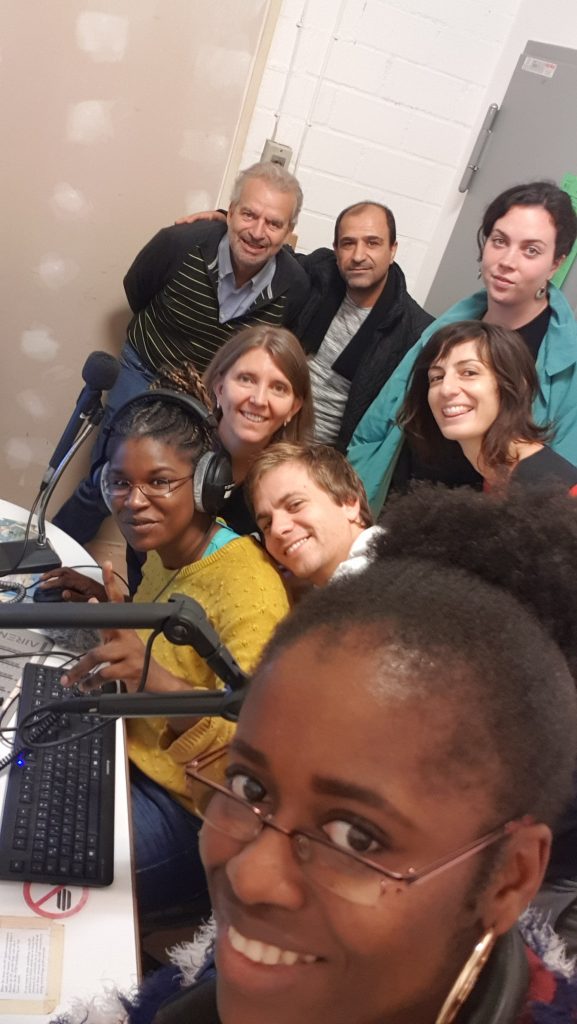 Radio Dreyeckland is a community radio in the South-West of Germany, involving 150 volunteers in the production of diverse and multilingual broadcasts. No other radio in the region offers such a variety of programs, with more than 50 music shows covering all styles and genres, 17 broadcasts in different languages, daily news and coverage of political topics, as well as a special focus on culture and sub-culture, gender, environment and literature.

Our Voice was initiated by a group of journalists of different backgrounds from Syria, Turkey, Togo, The Gambia and Cameroon. In their multilingual show, they aim to show people that they are more than “just” refugees. They talk about personal stories that people have experienced as they were fleeing from their countries, problems that they face in Germany, and their daily lives. Furthermore, they discuss current political issues or new laws in the field of migration and refugee policies. The show is addressed to everyone and moderated in German, English, French, Arabic, Kurdish and Turkish. New languages as well as refugees who do not have any experience in journalism are welcome to join. Workshops and trainings are organised based on the principle that “Everyone can do radio – radio can give voice to the voiceless!” The Our Voice team held empowerment workshops and events especially for refugee women. The radio has set up a ‘safer space’ for women and refugees to create content and meet. The team also developed different communication tools adapted to different target groups to promote their programme.

Within New Neighbours, Our Voice took part in the Community Outreach Workshop held in Siena in September 2019 and then hosted the Format Development Workshop in Freiburg in October 2019, to promote exchange and learning between their editorial teams and community radios/TVs which struggle with resources to train and involve migrants.