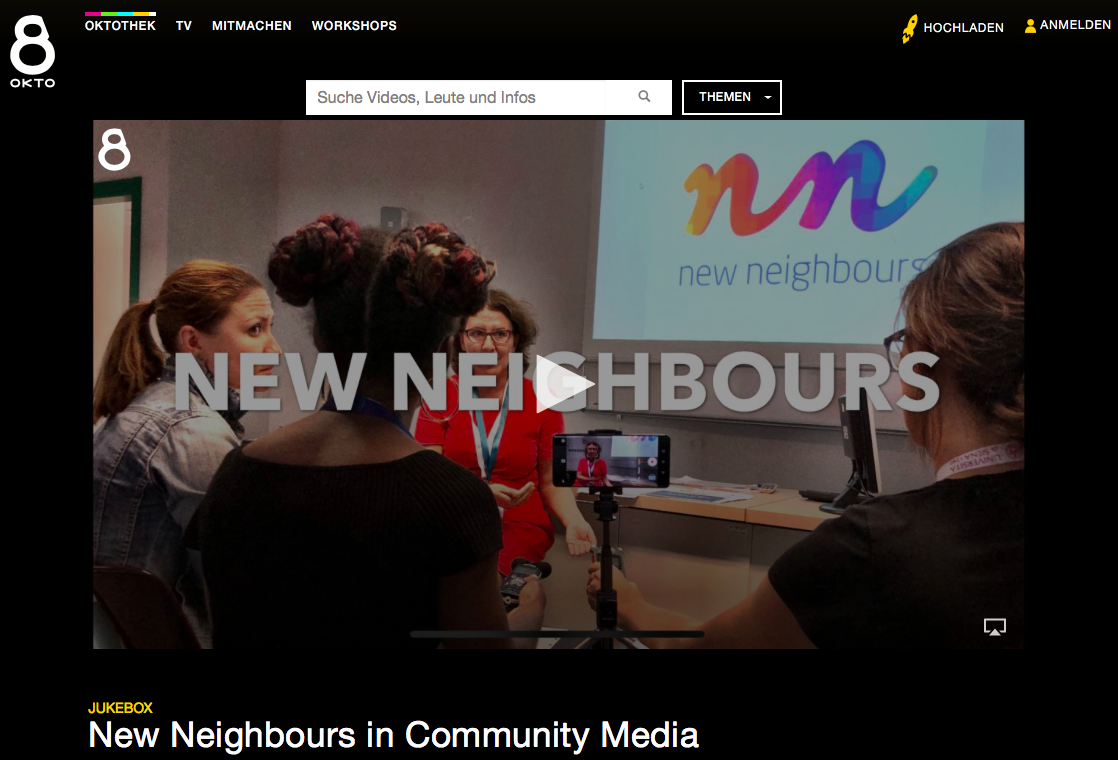 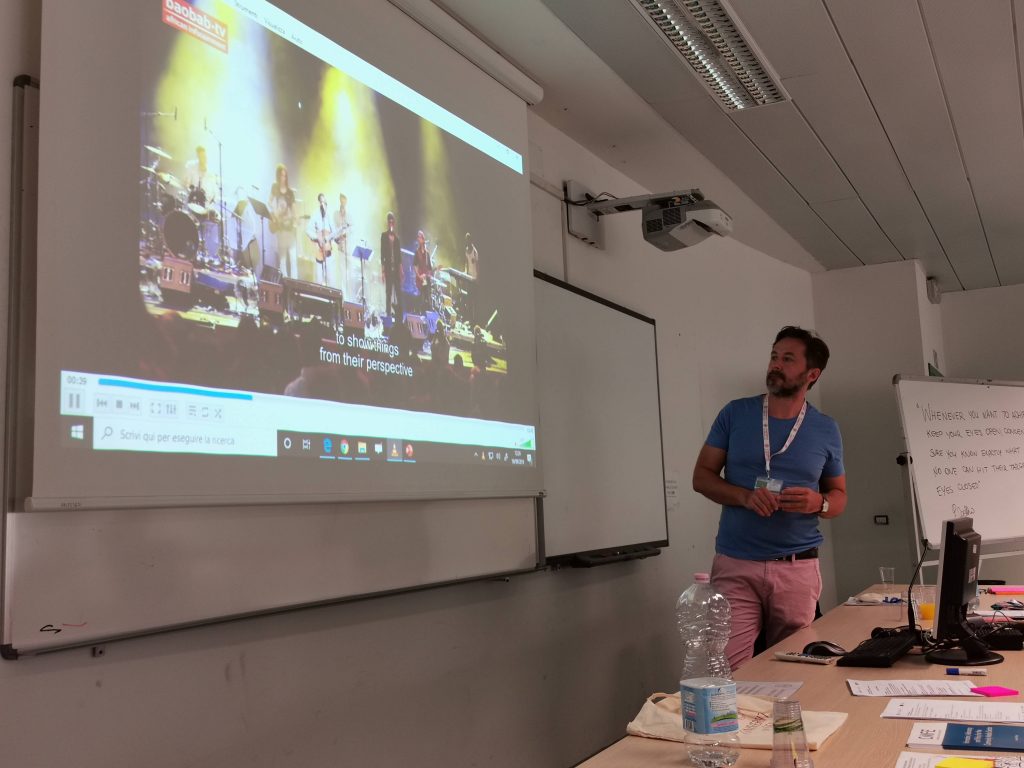 OKTO TV is a community television in Vienna, established in the fall of 2005, providing training, infrastructure and support to around 500 volunteer producers.

Within New Neighbours, OKTO TV took part in the Community Outreach Workshop held in Siena in September 2019 and then co-hosted the Format Development Workshop in Vienna in November 2019, to promote exchange and learning between their editorial teams and community radios/TVs which struggle with resources to train and involve migrants.

OKTO TV filmed the highlights of both encounters:

An example of an intercultural program on OKTO TV is the monthly Magazine Indimaj (“Integration” in Arabic), presenting stories from the perspective of newcomers, in particular refugees. Every episode features 3-4 stories and addresses diverse topics such as poetry, arts, films, cuisine, integration, cultural diversity, politics or music. Through reporting about events and initiatives in the Austrian society, Indimaj helps newcomers integrate and connects people together.