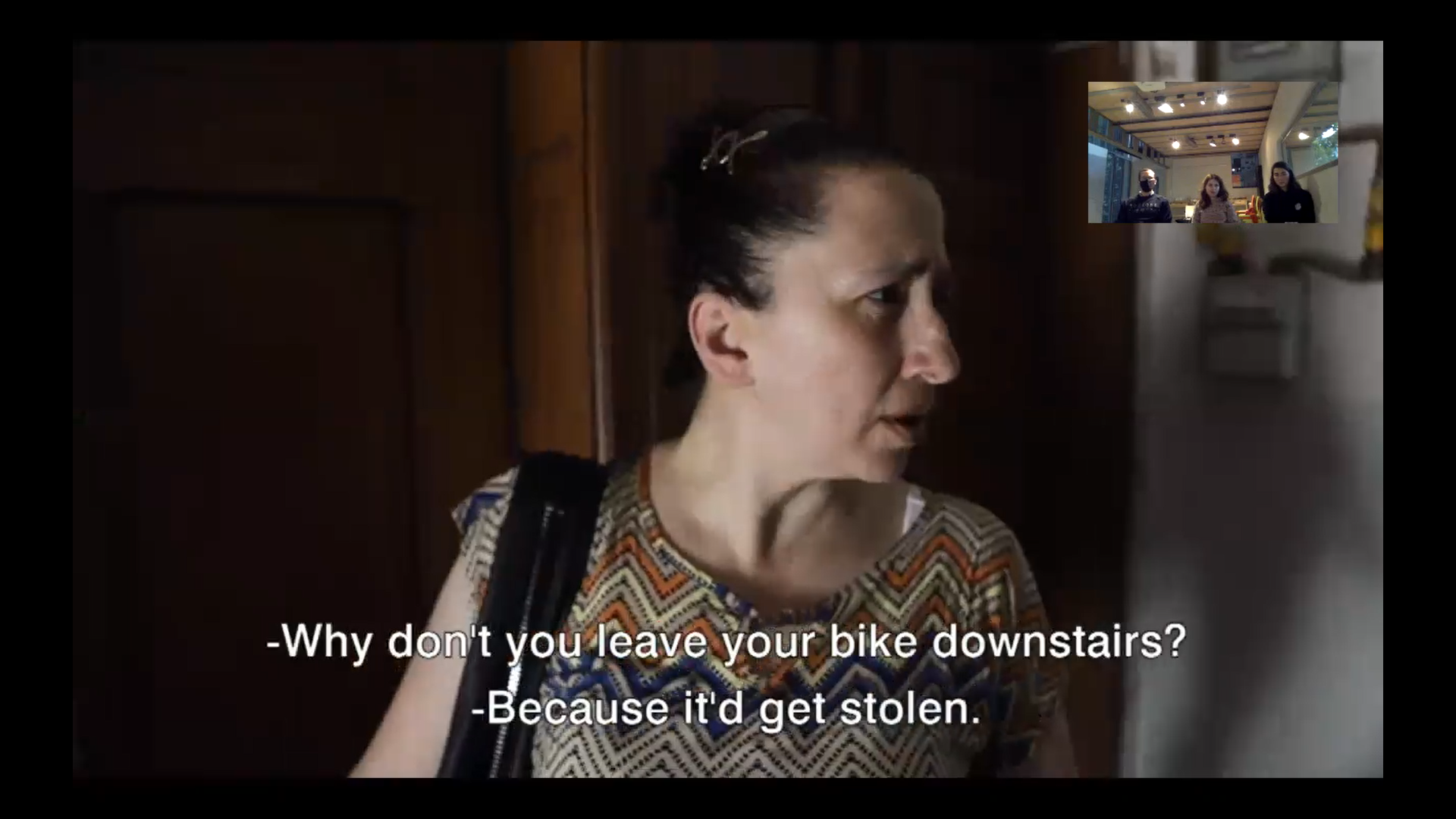 As part of the project New Neighbours – Promoting Intercultural Media Spaces which took place in the Czech Republic in cooperation with Czech Television and the anthropological Studio Anthropictures, it was organised a screening of two documentaries focusing on migrants’ lives and coexistence with migrants in the Czech Republic and in Germany. The films were provided with English subtitles, the discussion and the foreword have been translated into English.

Schedule of the National Meeting in Prague

Due to anti-coronavirus safety measures, the number of participants was strictly limited at the offline event. The online event was streamed via Zoom to registered participants.

This National Meeting was moderated and introduced by Marie Heřmanová and Linda Kovářová, from Anthropictures.

Barbora Svobodová – Documentary Producer from Czech TV commented on the Czech film, mentioning the difficulties with finding the right respondents. The producer pointed out that the biggest obstacle in Czech Republic was to actually find a family who would fit the profile they needed for the documentary.

Lucie Kellnerovà – Media and Migration expert – commented on how the film was interesting in the way it showed what is not being said – that both girls in the Czech movie only talked about the side of integration they are “good at”, but perhaps most interestingly is what is being unsaid.

In light of this, a discussion ensued about the different forms of integration – What does it mean to talk to people, learn the language? How can we evaluate if someone is “integrated”? Is it always subjective?

Angelica, a student from Mexico studying in Prague, asked about the project and why the German and Czech films were chosen to be compared. Marie Heřmanová explained that in Czech media, Germany is often being referred to as an example of both successful/failed integration, it is a neighbouring country and because of there is alack of real examples in the Czech Republic. Other participants echoed that Germany is often being discussed as an example, but many media organisations do not inform about the events regarding migrants in Germany objectively.

The last part of the discussion focused on media and sources of information about migration and integration: all participants agreed that they think documentary films are a brilliant and an accessible way to open discussion about the topic. On the other side, few of them pointed out that the main challenge is to deliver the message to people who are not interested at all.