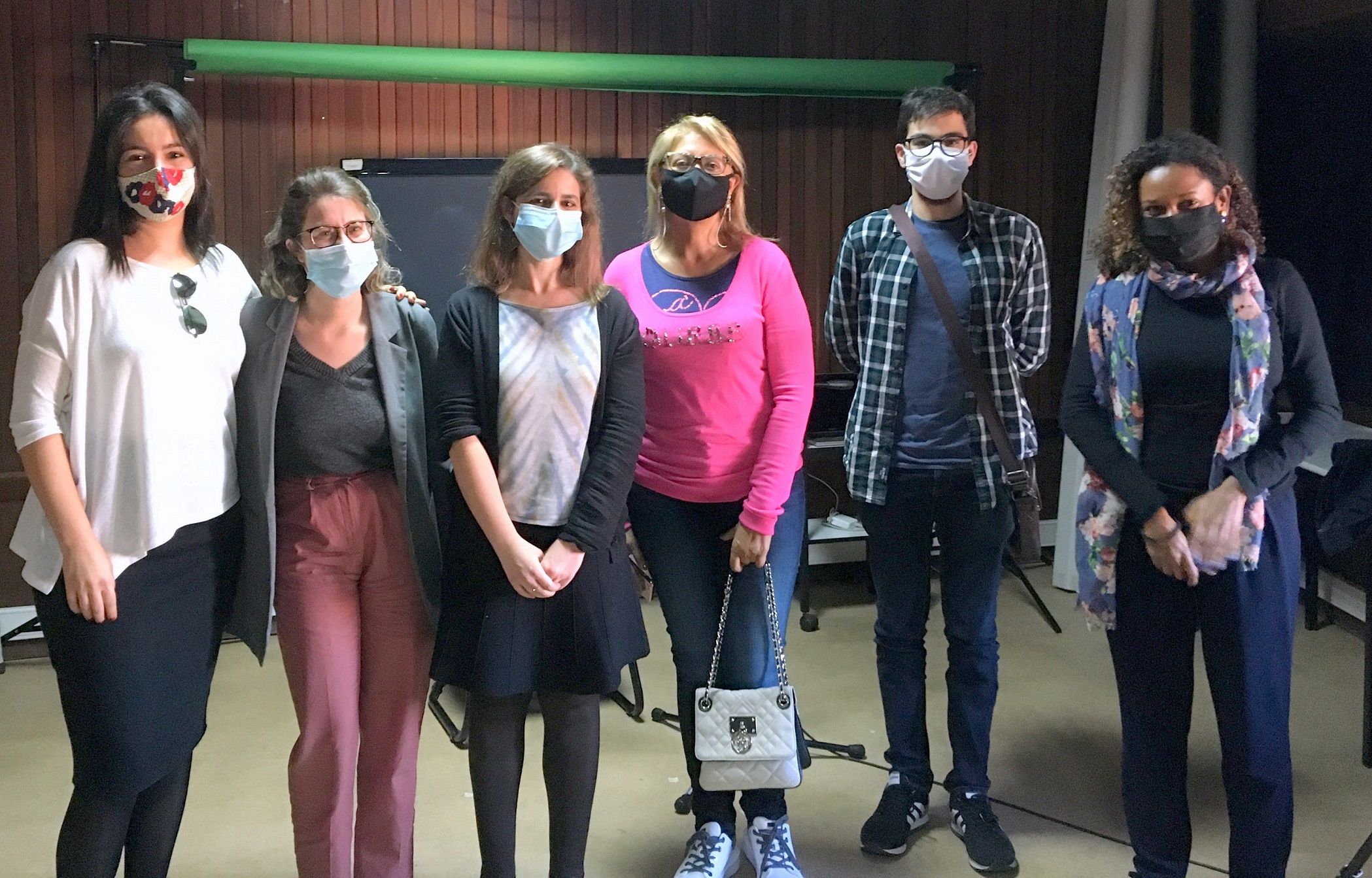 As part of the New Neighbours project evaluation, a series of focus groups took place in autumn 2020

As part of the New Neighbours project evaluation, a series of focus groups took place in autumn 2020. A focus group is a form of moderated group discussion on a specific topic. This method of qualitative research is used to better understand how people feel or think about an issue and what opinions and perceptions they have about certain ideas, concepts or developments.

The New Neighbours focus groups were held in six countries, where also TV documentaries were produced and broadcast: Croatia, Czech Republic, Italy, Portugal, Slovenia and Spain. The focus groups were led by the local researchers who had already worked on the country-specific Fact sheets on Media and Migration within the project. The participants watched the films and discussed the media portrayal of migrants and refugees in their countries.

The focus group in Portugal was organised, moderated and analysed by Marisa Torres da Silva, who works as an assistant professor at the Nova University of Lisbon. Here is her summary of the meeting: 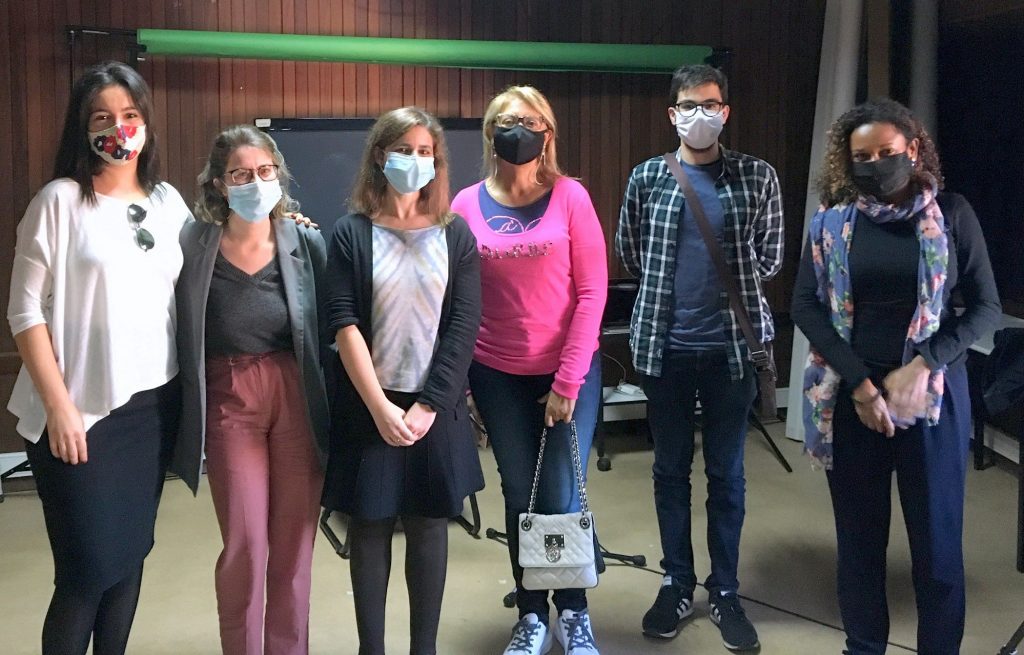 The focus group took place on October 30, 2020 from 2 p.m. to 5 p.m. at the School of Social Sciences and Humanities of the Nova University of Lisbon, Portugal. Due to the pandemic situation with Covid-19, all participants wore masks and social distancing was ensured. The discussion was very interactive and lively, with moments of clear convergence between the participants, but also moments of disagreement, which were easily surpassed by the healthy and peaceful group dynamics. Gathering five participants (4 female, 1 male), the session began with a brief presentation of the project and its goals, followed by a round of presentations by the participant and the screening of the New Neighbours TV documentary Only one God. The discussion started right after the documentary screening.

The very positive way that the film managed to bring out differences and similarities through personal stories. “The issue of nationality is the starting point for individual stories and life paths,” stated one participant.

“Newcomers were not represented as people suffering, solely as victims, but instead as people as subjects of rights,” added the same participant as another positive point of the documentary.

The tolerance of differences has also been highlighted as a positive aspect: “It’s okay to be different, we don’t have to be the same – we just have to have access to equal rights,” said one participant. The idea of sharing and mutual respect for others was also referred to by the participants.

The documentary also brought the issue of citizenship and citizen rights into the discussion by showing the story and life trajectory of one of the newcomers, and the fact that [one of the protagonists] “does not have access to a decent life as a human being” (job, housing, food, etc.). From the perspective of one of the participants “the documentary shows very clearly that being a citizen is not the same as having access to a nationality – being a citizen is having the opportunity to lead a happy and fair life.”

One participant put into question whether the dichotomy shown in the documentary – between locals/residents and newcomers/immigrants – is positive, particularly in terms of audience reception. She pointed out that when one of the film’s protagonists (one of the newcomers) is presented for the first time in the documentary, he is presented as an ‘immigrant’, which in her opinion constitutes a sort of a stereotype, a limited label.

Participants agreed that there was a difference in the identification of the newcomer (identified as an ‘immigrant’) and in the identification of the local / resident of Azores – he was not identified as being ‘Portuguese’, but instead as being ‘neighbour of the mosque’. There was a certain inequality in the portrayal of the life and habits of the local protagonists (as ‘European’, as having hobbies and leisure – listening to music, writing poems, going to the coffee shop with friends) and newcomers (totally dedicated to religion).

Another participant highlighted that “certain labels tend to annihilate others” – “when one of the film protagonists is shown as being Muslim, he is Muslim and nothing else during the documentary,” he explained.

One participant called indeed into attention that the documentary ultimately does not separate nationality or national origin from religion (“newcomers are immigrants AND Muslims”) and this could also reinforce stereotypes towards ‘the other’. “This gives the impression that all the people from Guinea-Bissau are Muslims – but they are not!” another participant highlighted.

Some participants also mentioned as a negative point that the fact that one of the protagonists, of Guinea origin, said he had four wives back at home, was portrayed in the film but “without discussion or deconstruction.” In her opinion, this could reinforce stereotypes about Muslims by putting forward the polygamy episode without further reflection. This issue provoked a rather lively discussion around polygamy and women’s rights.

Participants agreed on an aspect which was absent in the documentary – gender issues.

Media coverage of migrants and refugees

Media coverage of these issues is “very scarce” in the country, according to one participant. He also called attention to the ambivalence of words, most people cannot tell the difference, for instance, between a migrant and a refugee. He also pointed out that there are visible differences between more sensationalist or more sober media, but also stated that this is a very broad and complex theme.

Another participant highlighted the various problems in terms of media coverage in Portugal, not only in terms of immigration but also ethnic minorities – one of them being the lack of representativity in diverse fields, particularly within decision-making places.

The same participant added that frequently media coverage of migrants, immigrants, refugees and ethnic minorities is predominantly focused on problems, but “not on positive or success cases.” She also underlined the specific problems associated with the media representation of Brazilian immigrant women, who have been always portrayed in the Portuguese media in a very negative and stereotypical way.

However, another participant said she noticed significant improvements over the past five years, mainly due to digital and alternative news media, and also the effort by NGOs to communicate and disseminate news and information through social media. “This means that the ‘other’ is not only reported, but instead that ‘the other’ gains an ability of speech and action,” she explained.

One participant considered that media content related to immigration and refugees is “almost always focused on Portugal as a host country and not really focused on the richness and diversity that newcomers and immigrants bring to Portugal (as well as demographic and economic benefits).” In her perspective, space and time limitations in journalistic work favour a much less accurate view of immigration issues as well as a more sensationalist approach.

One participant called for a “reconstruction of immigrant discourses and narratives”, pointing out that in Portugal there is a clear absence of public policies around this matter, contrary to what is happening in other countries.

Participants agreed on the need to deconstruct the view that migrant and immigrant people can only talk about migration and immigration issues.

One participant suggested including the areas of interculturality and diversity in media and communication courses and curricula, in order to reflect on better ways to cover the differences and deconstruct myths and stereotypes. On the other hand, she suggests working around representativity, which she admitted being the most difficult point.

There were other suggestions advanced by participants such as: more accuracy in the transmitted information and an improvement of media literacy and media education.

One participant recommended having mentorship / training policies and programmes, since it is not easy to attract minorities to have their voice heard and be represented in the media. “We need role models, people who represent minorities and who are able to train, educate and make representativity as something constant,” she explained.