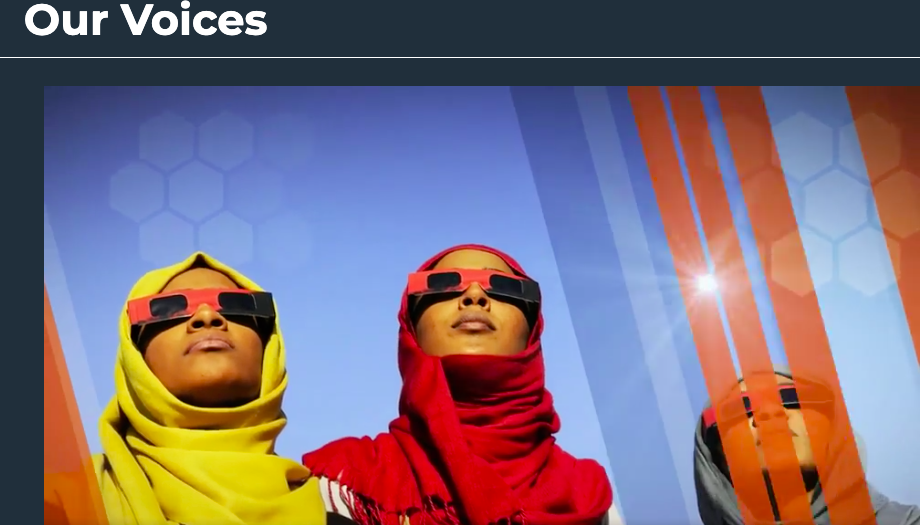 This is What an Inclusive TV Show Looks Like

“Our Voices” is an example of what it means to produce an inclusive tv show and share it with a wider audience. Produced by our partner Voice of America, it brings the voices of African women on an international channel to “ask questions, share ideas, discuss solutions”.

Why Our Voices is an example of media inclusivity

Within the media industry, there is often a  divide between “us” and “them”. Where “them” are all the others who do not look like the producers in the newsrooms. This is true especially for Western media, as it was discussed during this year’s Terra di Tutti Film Festival. When it comes to subjects like migration and diversity, the real subjects of the conversation (e.g. migrants) are talked about but are not included in the conversation.

This is not the case for Our Voices. The program is led by African women, it presents issues related to them and the continent and it does that without relying on experts who are not linked to the issue: it goes directly to the source.

A good example is their episode on the Problematic Portrayals of Africa. Where it is discussed how media representation of Africa (from Newsrooms to Beyonce’s latest film) has an impact on the idea of the continent itself.

Our Voices does a great job including the voices of women from Africa but even more, it looks at adding more voices to the conversation.

When the Black Lives Matter protests started, Our Voices produced a segment on the protest itself but also interviewed policemen, activists, and leaders of Black Lives Matter. The result is the following episode.

We Need To Learn From Each Other

Here at New Neighbours, we love sharing good practices, examples, and what other media producers are doing around the world because if we really want to change the current situation, we need to be humble enough to learn from each other. And this is why, our website is rich in projects, resources, and research: to improve, to educate, to change.