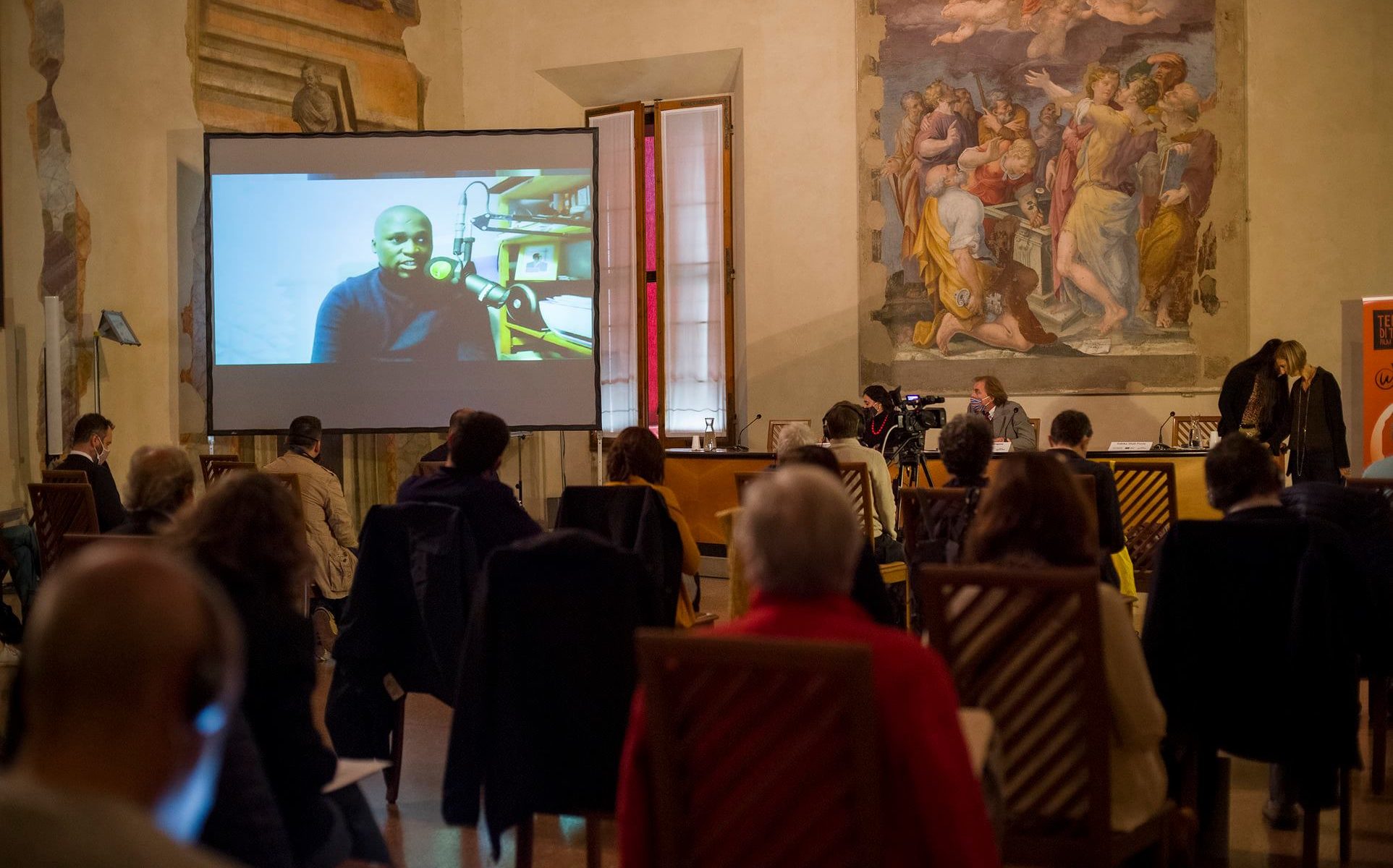 Diversity needs to be at the center of a new media narrative, that’s the outcome of New Neighbours participation at Terra di Tutti Film Festival.

New Neighbours participated in the debate on how to diversify the media narrative through: a seminar, a masterclass, the screening of Across the Road – Worlds Apart and In the Ghost Town.

An outdated debate on inclusion of cultural diversity

Although migration has been at the heart of public debate and media attention for years, the information that is given to the related issues remains characterised by partial narratives which is oftentimes negative and misleading. This stands to prove how the debate on the inclusion of cultural diversity in the word of journalism is now outdated in Europe.

In fact, the world of journalism has struggled to include the voices of the direct protagonists, both behind and in front of the microphones. In Italy in particular, the difficulties of access to the journalistic profession have increased –
underpaid assignments, precariousness and generational change – and contributed to a narrative of the present often anchored to the logic of the past and impervious to the processes of innovation and creativity.

Good practices for diversity in the media narrative

Throughout the three sessions we participated to at Terra di Tutti Film Festival,  good practices were shared with the thousands of people connected online and offline in Bologna, Italy.

Larry Moore Macalauy explained how Refugee Radio Network was born for giving voice to migrants and refugees and raising public awareness to demystify the mainstream narrative.

Franz Jennekens shared a video from RTR (Dutch Public Broadcasting Service) to demonstrate how the diversity is a richness.

Francesca Vecchioni (DiversityLab) highlighted the tool of Media Diversity Award for grabbing the media attention and giving visibility to several types of diversity,
and intersectionalities.

Giovanni Parapini (Director for Third Sector at RAI) talked about the birth of a new
department in RAI (Italian Public Broadcasting Service) for raising awareness on diversity and the need to spread more inclusive narrative.

The masterclass was organised in collaboration with the University of Bologna. It proposed an in-depth review of cultural diversity in the media, starting from relevant European experiences promoted by Dutch Public Service Media and refugee journalists in Germany.

Media stakeholders from the academic field, public broadcasting, and alternative media have discussed these issues.

The Masterclass was chaired by Nadia Bellardi (CMFE) who has introduced at the beginning keys concepts, regarding diversity inclusion and transculturalism. After her incipit, Franz Jennekens (RTR), Larry Moore Macalauy (Refugee Radio Network) and Roza Tsagarousianou (Reader in Media and Communication at the Faculty of Media, Arts and Design of the University of Westminster) have illustrated some of the best practices implemented in Europe, such as:

The need for a renewal in the narrative of the present is becoming increasingly urgent today, and the importance of newsroom openness to experiences of diversity is more relevant than ever before.

More than twenty thousands people had the opportunity to watch In The Ghost Town and Across the Road – Worlds Apart. Both films tell the stories of the everyday life of people who, coming from different cultures, share workplaces, schools, sports but also dreams and hopes. The first is set in Italy while the second is set in Germany.

The documentary series “New Neighbours” (nominated forthe Prix Europa) tells stories of migrants who have had to leave their homes and try to integrate into a new reality, confronting the population who hosts them.