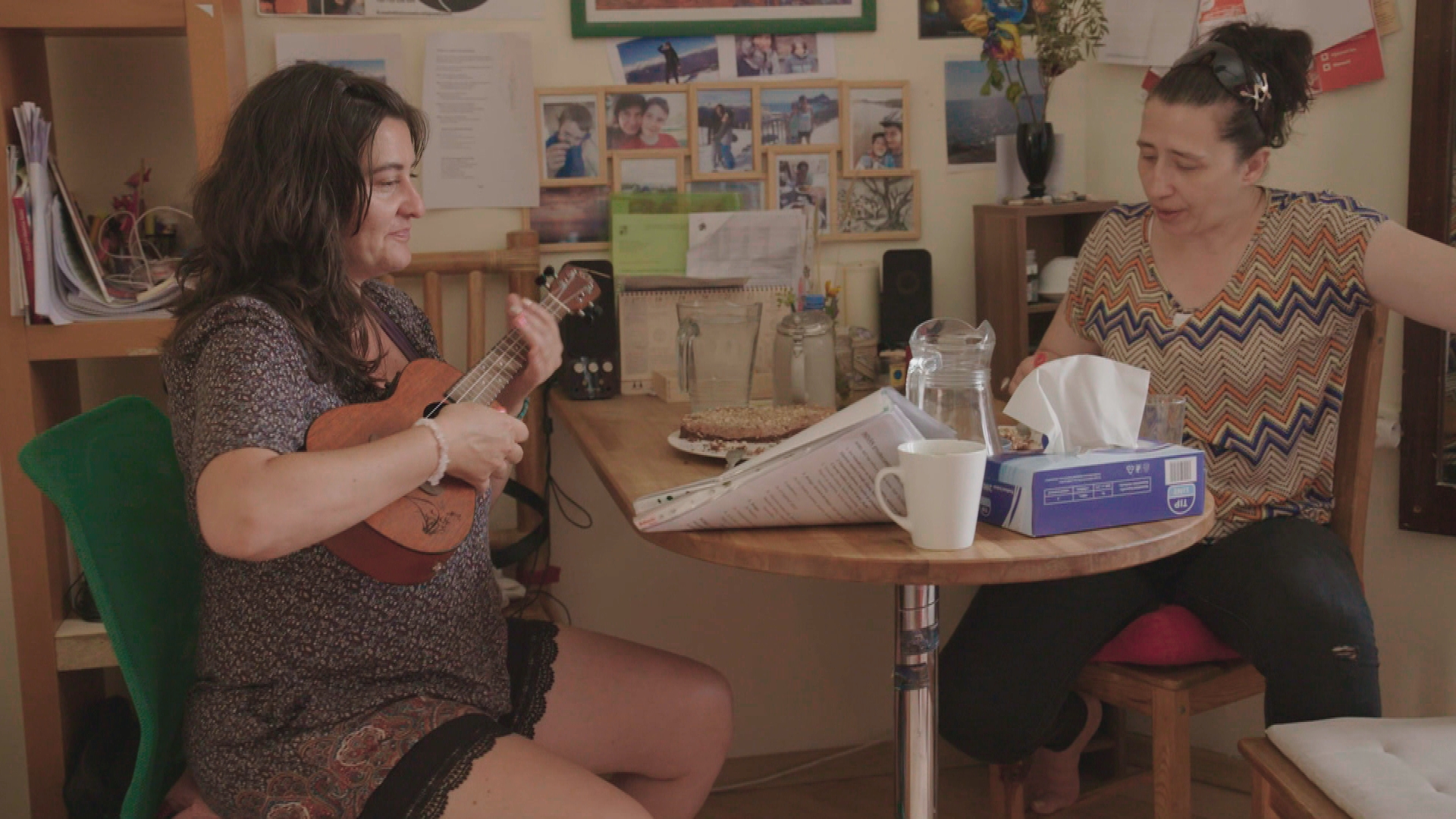 Do you speak Czech?

What is it like to move to a different country as a teenager, without speaking the local language? How does it feel to leave your children behind and go abroad to find work? And how precious is it to meet a friendly neighbour with whom to share coffee and cake from time to time? The film “Czech Lessons” by Czech Televisa and EBU Intercultural and Diversity Group takes us into the home and lives of a Bulgarian family living in Prague, gracefully portraying the different coming-of-age paths of two siblings.

Whereas Aleksandra is young enough to quickly learn the new language and successfully integrate in school, her sister Martina is at a delicate crossroads, longing for home and confronting her parents with a defiant “I don’t know!” when asked about her future plans. Martina attends the Bulgarian high school and is having difficulties learning Czech, her sister however hopes she will not go back to Bulgaria. Luckily their mother has found in Dita, an artist and musician, a warm-hearted neighbour. Štěpán, Dita’s son, is Aleksandra’s best friend and together they want to change the world – or at least their world, inviting the other, very reserved neighbours to a house party…

The strength and beauty of the New Neighbours series is that from Belgium to the south of Italy, not only film language, but stories of old and new neighbours differ. The Czech television team wanted to show as accurate a picture of their country as possible, so they found new neighbours in a Bulgarian family. Barbora Svobodova, Czech Televisa’s producer: “I’ve been working on the second season of New Neighbours. It’s a great experience as well as certainly a more complicated production because it’s an international project. What I found most interesting was meeting colleagues from other TVs within the EBU, sharing experiences with them and finding out that we had struggled with similar difficulties. Also, an interesting part of this production was to experience conditions of a ‘EU-funded project’ and to be part of a bigger group with civil society organizations and community media”.

You can watch “Czech Lessons” subtitled in English here. All nine films are being made available one after another via www.newneighbours.eu