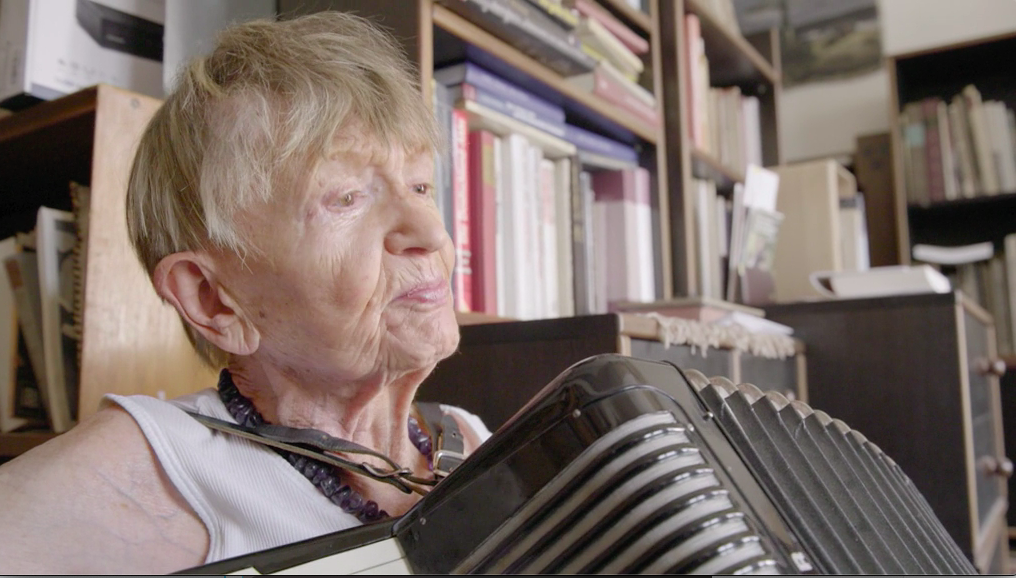 The New Neighbours journey takes us from the ghost town of Sutera, Sicily, to the metropolis of Berlin and its new Syrian residents. “Across the Road – Worlds Apart” by EBU-DW pays tribute to the unforgettable life of Eva Sternheim-Peters and documents her friendship with Syrian refugee Amer Kassab.

At the age of ten Mrs Sternheim-Peters joined the league of German Girls, the girl’s wing of the Nazi party’s youth movement. She afterwards recognised the horror of the movement and spent her life welcoming people from all around the world in her apartment. Her last “roommate” was Syrian refugee Amer Kassab. The film follows Amer as he visits a German pub frequented by local regulars opposing Muslim newcomers. Will the encounter with Amer shift their views?

“During a severe heat wave in Berlin, together with our protagonists, Eva (94) and Amer (27), we visited the concentration camp Sachsenhausen. It was a harrowing experience, difficult to describe in words. While we were mostly worried about Eva managing in the heat, quite the opposite happened: Amer and the crew were melting while Eva kept going without complaining even once about the heat.”

“Across the Road – Worlds Apart” had its premiere at the Centre for Fine Arts Bozar in Brussels on the occasion of the World TV day in November 2019. It is one of nine documentary films exploring real stories of daily life in an intercultural European Union, co-produced by the EBU Intercultural and Diversity Group within the project New Neighbours.

Eva Sternheim-Peters died in 2020 as one of the victims of the corona virus pandemic in Germany. The co-production team of the New Neighbours series is proud and grateful to have  managed to capture part of Eva’s life on camera.

You can watch “Across the Road – Worlds Apart” subtitled in English here. All nine films are being made available one after another via www.newneighbours.eu