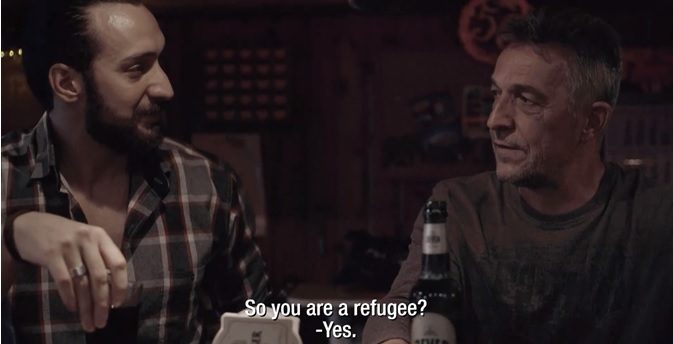 On Thursday, the European Broadcasting Union will screen two documentaries from the New Neighbours series. Both films examine the project’s core themes: how do refugees and migrants adjust to new surroundings, and how do old communities adjust to their new neighbours’ presence?

Here the trailer and the plot of both documentaries:

“Across the Road — Worlds Apart”  follows the story of 94 year old Eva Sternheim-Peters, whose childhood was defined by leading the girl’s wing of the Nazi party’s youth movement. Over the course of her life, she had a political awakening and now shares her apartment with Amer Kassab, a young Syrian refugee. But not everyone in the neighborhood had the same journey. Across the street, a pub frequently welcomes clientele with German nationalist, anti-Muslim views. Could Amer’s presence change their mind?

“Danielle’s Choice”  follows the story of Danielle, a Belgian woman who runs a robust platform of volunteers helping new refugees find accommodation and get on their feet. But in the process, her own family is left feeling forgotten. How can she reconcile her need to be a part of her own family, while creating a new one? 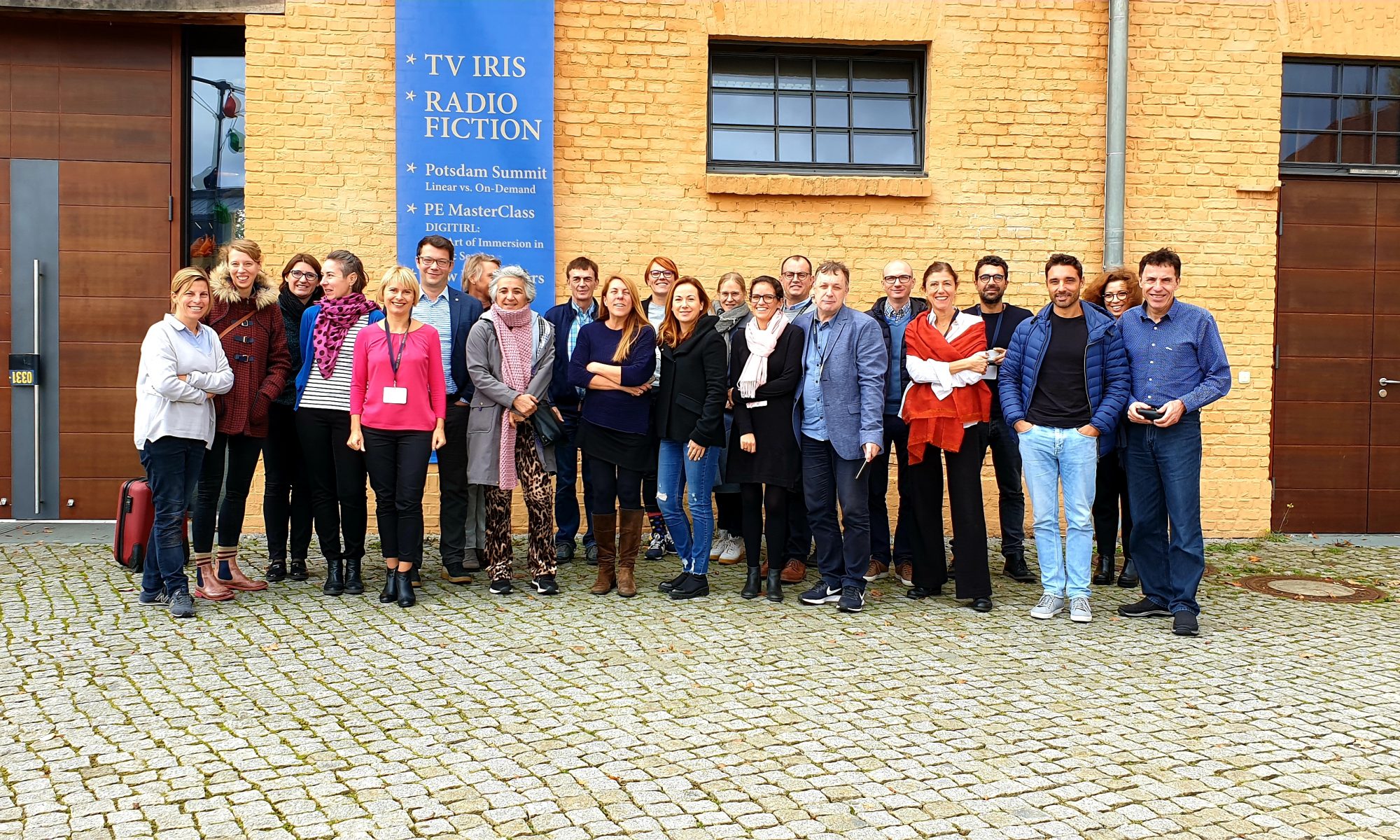 “The films are done but it feels like the start of a new journey as we must let go of our productions, let them live their life with the audience” says Daniela Draštata, the series executive co-producer as she prepares the collection for the broadcast. Nine films had their pre-premiere in Potsdam, during the Prix Europa festival. “Programme makers were both excited about showing their films and finishing what turned out to be quite a challenging production”.

“Following protagonists for a long period of time, getting them to say things they usually hide, achieving that fine balance between facts and emotions that television produces; those were the demands the authors had to meet. We wanted our viewers to stay glued to the screen until the end of film and I believe we have succeeded” says Daniela. “With so many talented authors, you cannot fail!”

The films are aimed at a wider audience, not only at those who are interested in topics connected to migrants, refugees and people under international protection in Europe.

Each story describes a specific challenge of a multicultural Europe, but also talks about women and men who Unselfishly give to others without expecting any reward. Belgian film director Safia Kessas followed an extraordinary woman who opened her house to refugees. Why Danielle? “Because despite obstacles, she follows her choices to the end, she is an active citizen who resists” says Safia..

Danielle – because the most welcoming people are women and in Europe they are the ones we see on the screen the least. Danielle – because she is a strong, courageous and determined woman who shows us the human face of migration. Safia’s fellow director from the RTBF, Mathieu Neuprez, enjoyed working in a group: “It is a unique opportunity to compare and discuss documentaries with fellow directors from other European countries. This is a great way for directors to experience other ways of directing since every country has its own culture of film making. The results of this process are movies that are completely different from one country to another”.

Indeed, from Belgium to the south of Italy, not only film language, but stories of old and new neighbours differ. The RAI’s team decided to go to Sicily and its picturesque town of Sutera. The director Antonello Savoca explains: “I chose Sutera for two reasons: first, because it’s a truly European story. Sicily is not only the largest island in the Mediterranean but also the entrance to Europe for those who cross the sea in makeshift boats in search of better living conditions. Secondly, because of the history of this place, starting from its very name: ‘Sutera’ comes from the Greek word for saviour (‘soter’), which recalls the concepts of salvation and acceptance. And that’s exactly what our protagonists received from the inhabitants of that small town. Ironically, Sutera failed to save its own inhabitants, four-fifths of which were forced to go abroad looking, just like those who arrive here, for better working and living conditions”.

“The New Neighbours documentary production was not only a professional, but also a personal experience”, emphasises Daniela Attilini, head of RAI’s crew: “It gave us the opportunity to delve deep into characters’ lives, to understand their feelings, their ideas, their fears and their hopes. And it’s important to depict our complex and changing society. To our audience New Neighbours could be a kind of photo, a kind of tool or a chance to go deeper, not only in Italy but also in many other European countries. I think that this is a true public service.”

But fulfilling the role of a public service is not always simple. The Czech television team wanted to show as accurate a picture of their country as possible, so they found new neighbours in a Bulgarian family. Barbora Svobodova, ČT producer: “I´ve been working on the second season of New Neighbours”.

“It´s a great experience as well as certainly a more complicated production because it´s an international project. What I found most interesting was meeting colleagues from other TVs within the EBU, sharing experiences with them and finding out that we had struggled with similar difficulties. Also, an interesting part of this year´s production was to experience conditions of an “EU-funded project“ and to be part of a bigger group with civil society organizations and community media”.

Though these authors are very film-oriented, they were aware of the “second life” of their programmes. The films will be used by EBU’s civil society and community media partners as case studies both for a filmmaking process, but also for a refugee-related discussion.” 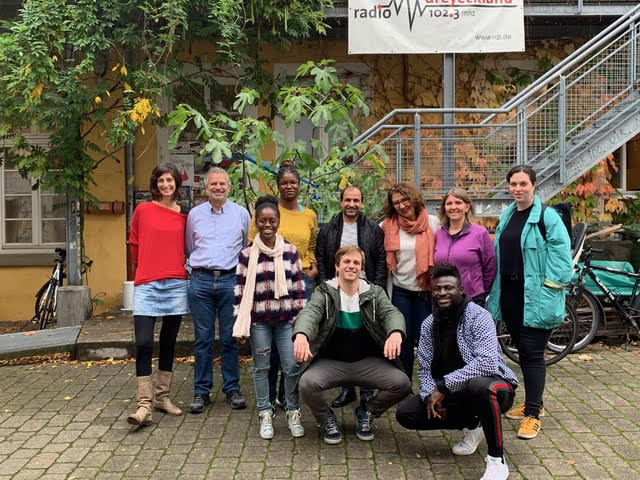 The refugee editorial group Our Voice hosted media partners from Spain, Slovenia and Italy at Radio Dreyeckland in Freiburg from October 20th to 23rd, to share effective approaches for intercultural and multilingual productions. The resolution taken at the New Neighbours Format Development Workshop was to strengthen working relations and outreach programmes amongst community media across Europe. Producers from Radio Student in Ljubljana (Slovenia), Radio Televisio Cardedeu in Catalonia (Spain) and Mondinsieme Intercultural Centre, Reggio Emilia (Italy) worked together with the team of Our Voice at RDL to produce a joint radio show with different viewpoints and multicultural voices.

Here you can listen our jingle for the radio show: 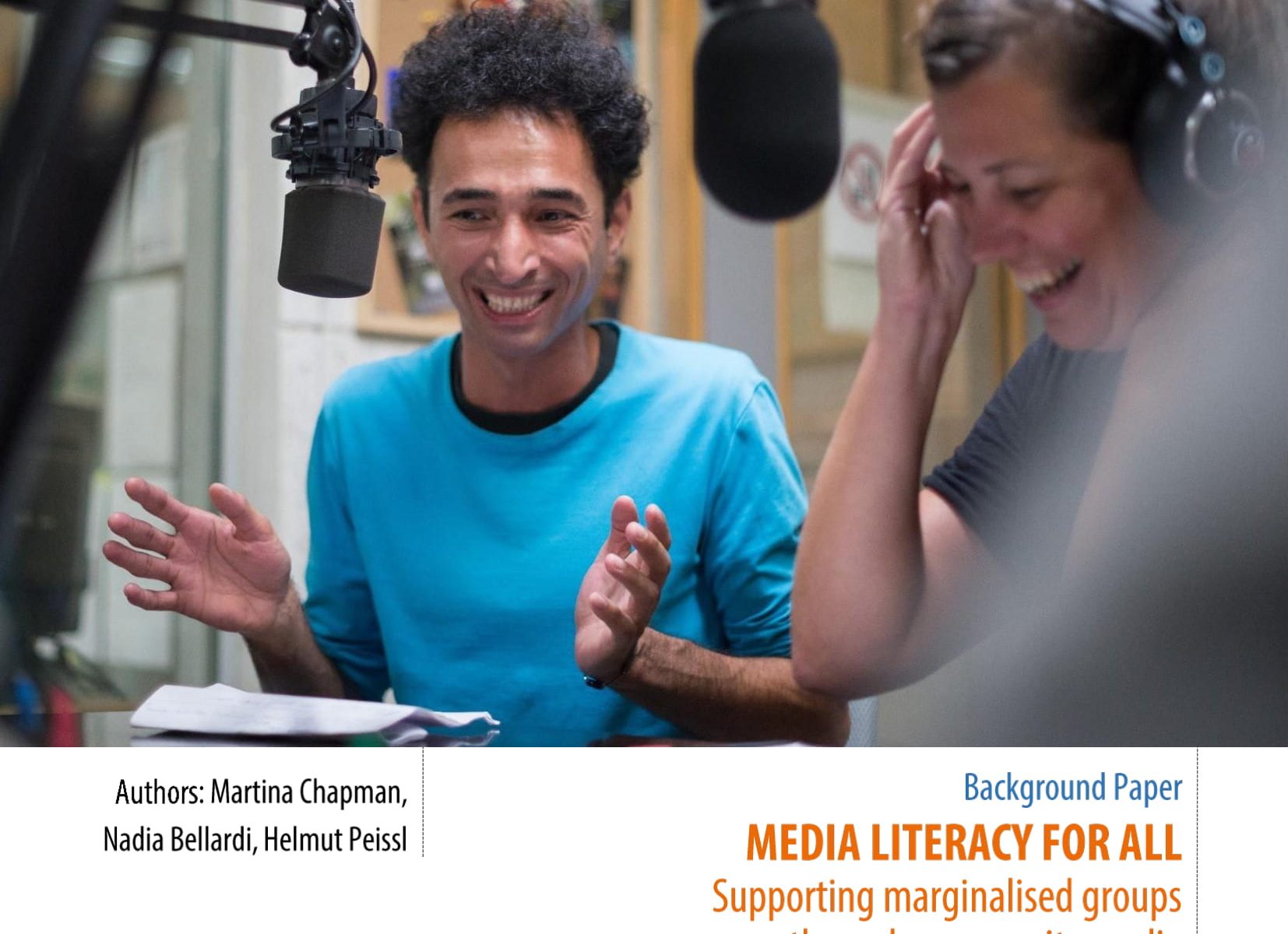 The Council of Europe has published the background paper Media Literacy for all. Supporting marginalised groups through community media. The study compares five models of community media from Cyprus, Ireland, Luxembourg, Spain and the United Kingdom and highlights initiatives and projects in the field of media and information literacy. Generally, the promotion of media literacy is seen as ‘core business’ across the community media sector and each of the models promoted media literacy in a variety of ways. The importance of community media in helping the growth of an ‘informed citizenry’ is well recognised by the Council of Europe. However, it remains that community media in many European countries still lack formal, legal recognition, fair access to distribution platforms and sustainable funding. The two most common challenges to community media identified in the study were – a lack of financial security and reductions in funding- a lack of legal status or infrastructure or poor support from Government and/or the responsible authority.The findings are the basis for a set of recommendations to member states to act for improving or establishing appropriate legal and economic environments for the sector – with a specific focus on community media’s contribution to media literacy. The report was prepared by Martina Chapman, Nadia Bellardi and Helmut Peissl as a reference for the upcoming Council of Europe Ministerial Conference “Artificial intelligence – Intelligent politics: Challenges and opportunities for media and democracy” sheduled for May 28.-29. 2020 in Cyprus. 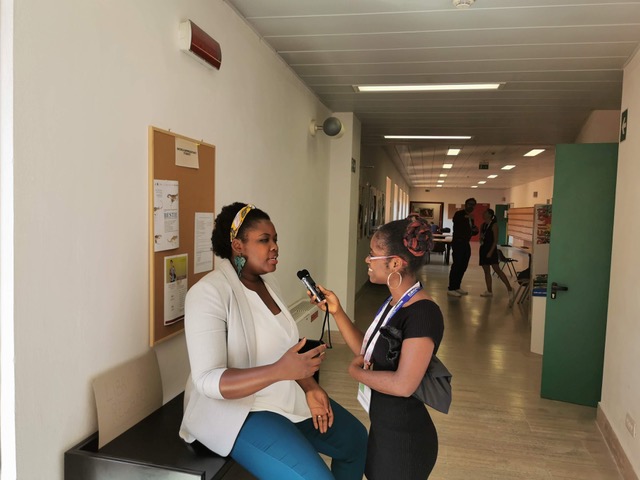 Subject Woman is an intersectional feminist program offering a platform for dialogue and exchange to women of different nationalities, backgrounds and religions.

Elena Smirnova and Rufine Songue produced a special feature about the New Neighbours project, which is being broadcasted by various local community radios .