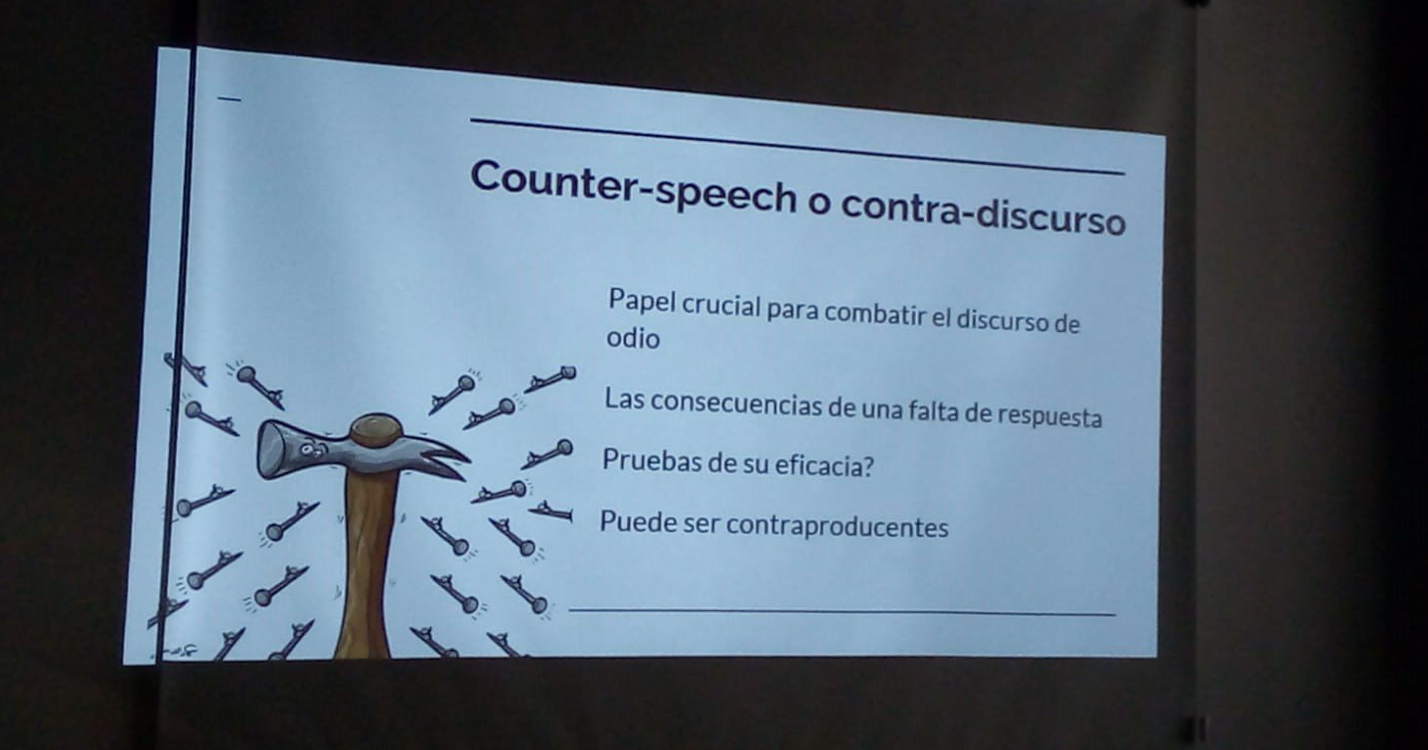 Third Workshop for CSOs in Spain

The New Neighbours project completed its third Media Skills Training for CSOs in Madrid, Spain, during the dates of September 23-25, 2019.

One of our project partners, Media Diversity Institute (MDI), organised the three day workshop, which trained Spanish civil society activists in how to more effectively create campaigns, and communicate with journalists to spread constructive stories about migrants and refugees and counter Islamophobia in the media.

The workshop took place at the Spanish Commission in Support of Refugees (CEAR) offices. Many of the participants represented a wide range of Spanish organisations, including but not limited to “Por Causa” which works on journalism and migration, “La Rueca” which works with communities in underprivileged neighborhoods and “SEDOAC” which supports the rights of domestic workers, who are largely migrants coming from Latin America.
By bringing together a range of different organisations that support refugees and migrants in different ways, the New Neighbors workshop was able to create valuable networking opportunities.

For this training, New Neighbors coordinated with two local organisations: Al Fanar Foundation for Arab Knowledge and Spanish Commission in Support of Refugees (CEAR). Both organisations were able to tailor the workshop to the needs of the Spanish CSOs, including but not limited to bringing in El Mundo journalist Rosa Menses and Blanca Tapia of the European Agency for Fundamental Human Rights to give journalists firsthand advice on how to build and improve relationships with the media.

“Chosing the right words and rhetoric in our campaign determines the reception of the message,”

Tapia told the participants, emphasizing that these word choices can either make or break a story.

Spain, in and of itself, is also an interesting country for the workshop. Unlike other New Neighbours countries which have been a part of the “refugee trail” to Europe, Spain has a slightly different relationship to migration. While Spain has seen its fair share of migration over time, particularly from North Africa and Latin America, it has not experience the same sudden population increase of migrants and refugees as countries like Germany or Italy, and thus is facing less xenophobia in the media.

However, Islamophobia is still a problem, something that was brought up by Al Fanar Foundation for Arab Knowledge Director Pedro Rojo—for this reason, many of the discussion topics revolved around how to counter Islamophobia, more than anti-migrant sentiment as seen in other workshops.

During the workshop, participants were able to brainstorm creative campaigns and initiatives to reduce Islamophobia and showcase how refugees and migrants, or “new neighbours,” can be a positive addition to Spanish society. Many participants said that the workshop helped them particularly with campaign messaging, and making sure that they focused on positive stories to combat the image of migrants and refugees as eternal victims.
Over the next few months, a few of the participants will have a chance to further develop and implement these campaigns.

New Neighbours has run similar workshops in Italy, Croatia, and Germany and will do an additional workshop in Belgium over the course of the project.