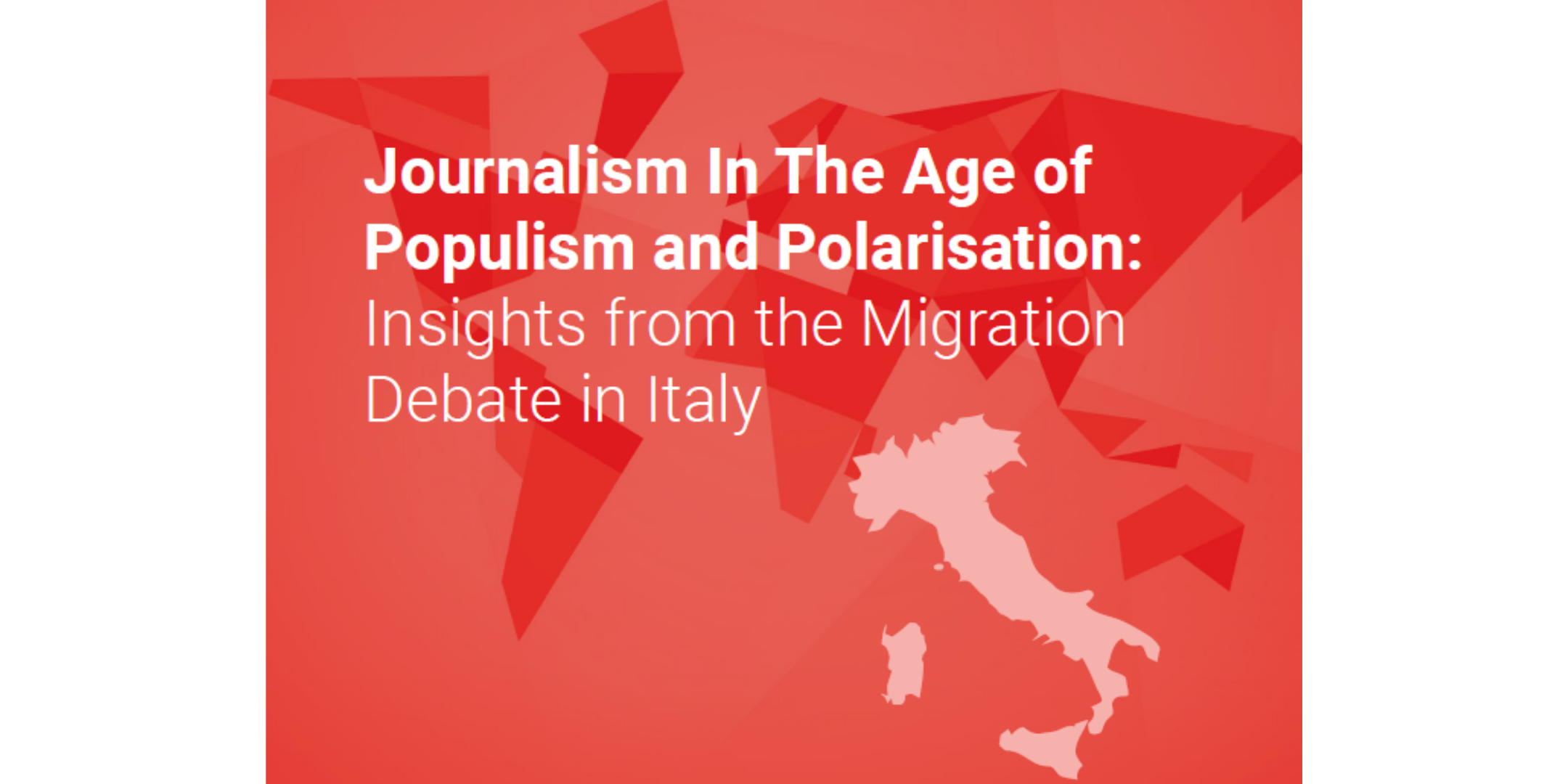 Journalism in an age of populism and polarization: lesson from Italian debate in Italy

The study report “Journalism in an age of populism and polarization: lesson from Italian debate in Italy” , is now available online. The study was carried out by the LSE Arena in collaboration with the University Ca ‘Foscari of Venice and the Italian newspaper Corriere della Sera.

This unique work, which lasted for years, involved the analysis of thousands of comments online, with a focus on articles with a migration theme (a sadly instrumentalization-fruitful field ).

The common aim was to develop strategies and good practices to overcome the sensationalist and polarized system in which the world of information seems to have narrowed by now, dynamics that affect democracy and  favor the so-called “populist parties”  and which in part are shaped  by the network architecture itself end by the tech-market:

“The ad-tech market is in turn powered by the algorithmic architecture of the internet and social media, which is skewed towards highly emotive, hyper-partisan material that appeals to existing confirmation biases and feeds more ‘shares’ and ‘likes’. The very architecture of the internet rewards news organizations and individual users who take ever more extreme and polarising positions 1- an algorithmic logic that in turn encourages the ‘populist’ politicians. They, in their turn, create content that mainstream media feels it is obliged to describe….and so the spiral spins on”

we read on the introductive pages of the report.

The main innovative proposal of this research project was to elaborate a new systems for measuring the success of an article: no longer based on likes and sharing but on the ability to be the driving force of a constructive rather than a toxic discourse or in the ability to enhance trust in the audience. In the article we find a detailed analysis of the political and social context and the changing dynamics of the media. Measurements and analysis are carried out in different aspects: content, style, topics of the contents and  data analysis.

A more shared responsibility of the people involved in the information, with respect to the contents disseminated online, can be a way to improve the quality of the news and the attitude of the readers and it is worth looking for increasingly effective strategies.  However, it is clear that to produce actual changes it is the architecture of the Internet itself that must be challenged , as Peter Pomerantsev, Director of LSE Arena Program states in the introductory pages:

“Breaking the polarisation spiral will require, first and foremost, greater public oversight of the algorithms and social media models that currently encourage extremism. Such regulation is already well on its way in Europe, and public pressureis growing in the US. It is important any regulation is not focused on censorship and‘take-downs’, but on encouraging accurate content, high editorial standards and providingpeople with a balanced diet of content rather than encasing them in ‘echo chambers’. Breaking the polarisation spiral will also mean reforming the ad-tech system, to create incentives for content that is not just ‘clickable’, but also fosters more thoughtful engagement. As this report shows, it is possible to consider ‘public service spirited’ metrics ofsuccess, but the environment has to radically change if media are to focus on content that fosters a politics that revolves less around populist personalities, disinformation and polarisation.”