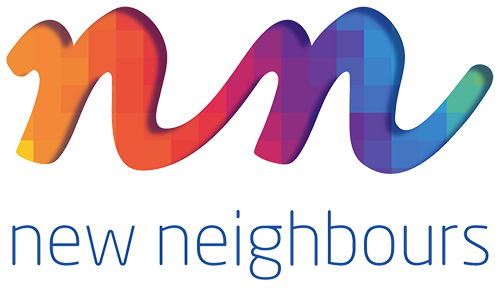 Migration policy is one of the hottest topics on the political agenda of the upcoming European elections on May 23-26, when up to 400 million EU citizens will select their representatives in the European Parliament for the next 5 years. In a climate of increasing populism and disinformation, the New Neighbours website, launched today, aims to provide factual information and real stories on daily life in an intercultural European Union.

According to a recent Eurobarometer survey on integration of immigrants in the European Union, attitudes towards migration differ greatly amongst EU citizens, depending on their nationality, age, level of education and urbanisation, amongst other factors. Overall, respondents tend to overestimate the number of non-EU immigrants: in 19 out of the 28 Member States, people believe that the number of immigrants in their country is twice to three times as high than the real figures.

So how do citizens form their opinions, what sources of information shape local and national discourse? While 39% of Europeans believe that the media representation of immigrants is objective, 36% say it is too negative and 13% don’t know what to think. So, there is huge space for improvement! New Neighbours is collecting good practice and success stories on how to provide factual information on migration, as well as promoting direct participation of migrants and refugees in media production. The website will grow during the life of the project, reinforcing networks and showcasing media outputs produced.

New Neighbours is the most recent piece in a puzzle of European projects and efforts carried out by leading international and national media and civil society organisations to promote responsible journalism and respectful dialogue amongst all members of society. Led by the European Broadcasting Union, the 24-month project runs until the end of 2020 and is producing the third edition of the documentary film series New Neighbours, involving 9 European Public Service Broadcasters from Croatia, Germany, Czech Republic, The Netherlands, Italy, Slovenia, Belgium, Spain and Portugal. The films explore real stories of new encounters between ‘locals’ and ‘newly arrived’ citizens, showing the complexities and richness of intercultural integration processes. In the development of the new series, expected to launch in the autumn of this year, the broadcasters are cooperating with local civil society and community media organisations in order to explore creative angles and ideas.

Alongside the PSM film productions, which build the heart of the New Neighbours project, a series of complementary productions, trainings and research activities are taking place, under the responsibility of the project partners CMFE, COMMIT, COSPE and MDI.

MDI – Media Diversity Institute, with 20+ years of experience in helping to improve reporting on race, ethnicity, religion, human rights and other diversity issues, is training civil society organisations to run their own campaigns and to effectively communicate with journalists to spread constructive stories about migrants and refugees. Through five national Media Skills Trainings for CSOs in Croatia, Italy, Slovenia, Spain and Germany, civil society activists will have the chance to combine media advocacy with campaigns involving migrants and refugees as well as locals.

CMFE – Community Media Forum Europe, the umbrella organisation representing networks, national federations and projects of the non-profit media sector, is working with experienced migrant community radio and TV producers to train new volunteer media makers in intercultural and multilingual productions. Based on the experiences collected in the Spaces of Inclusion report, exchanges and co-operations between editorial groups in Austria, Germany, Italy, Spain, Croatia and Slovenia will take place throughout the project.

COSPE Onlus, a leading Italian NGO promoting fair and sustainable development, global citizenship, intercultural dialogue and human rights, has developed the project website and is coordinating a series of national discussion meetings to challenge racism and discrimination against migrants, minorities, refugees and asylum seekers. COSPE will also organise the final project conference in the autumn of 2020.

COMMIT, leveraging its experience in training and research in the field of community media and life-long learning, is leading the project’s research activities, including national reports and focus groups to explore good practice on media and migration and to assess audience feedback to the New Neighbours films.

“I am delighted we have this great opportunity to see the EBU Intercultural and Diversity Group’s documentary collection New Neighbours growing and developing into an EU funded project that now involves organisations known for their excellence in recognising diversity as an opportunity.”

“We look forward to seeing the New Neighbours website develop into a reference point for media, policy makers and civil society, and we welcome inputs and materials from all organisations committed to promoting intercultural dialogue and integration.” said Alessia Giannoni, project manager at COSPE Onlus.

New Neighbours is funded by the European Union’s Asylum, Migration and Integration Fund.